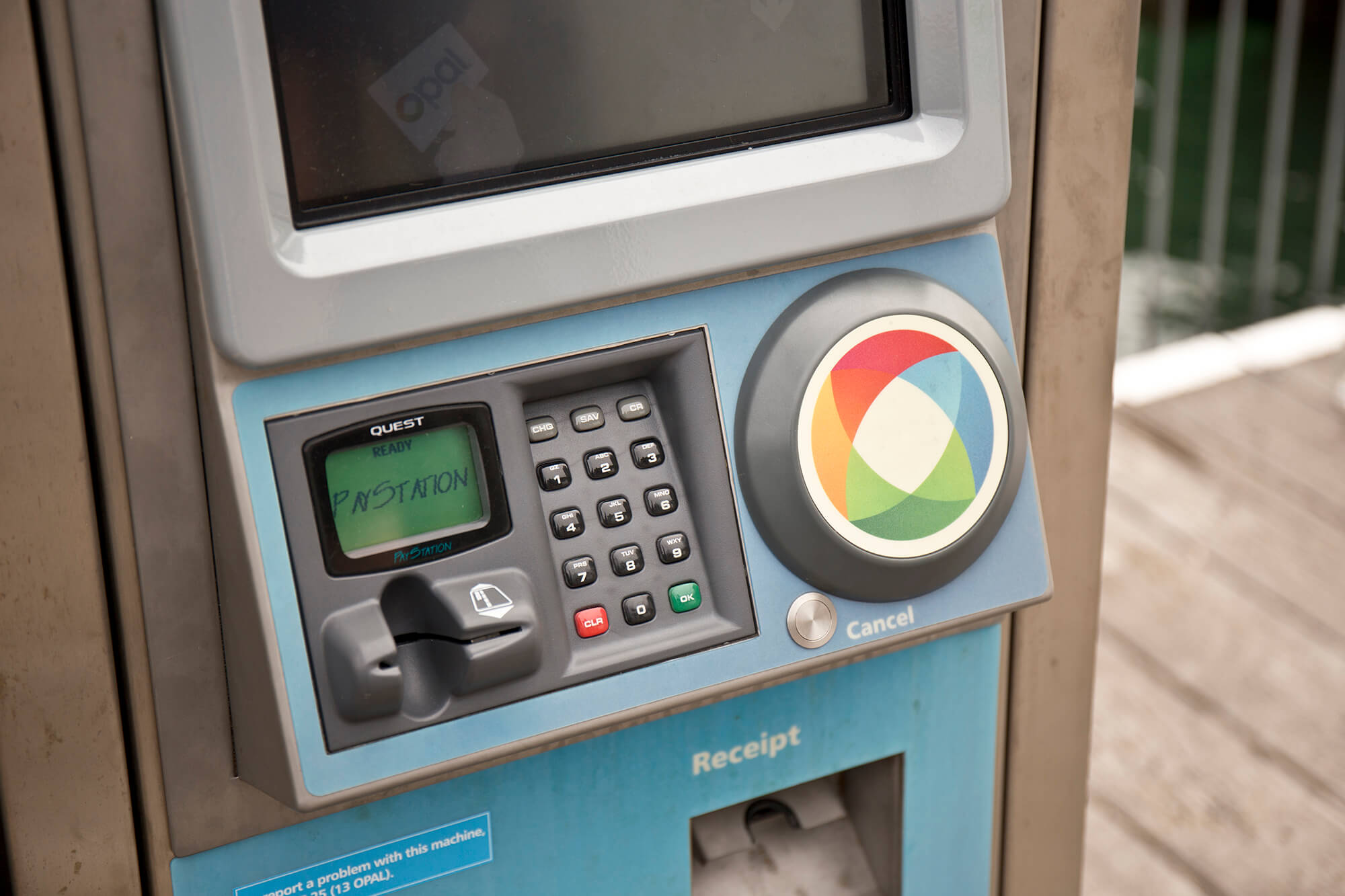 Transit Usability Issues Force Me to Turn to Crime

I have a confession to make. I’m a little obsessed with transit systems.

Though at this point I think it’s a time honoured tradition at Akendi: NYC, GO Transit, and TTC.

I recently went to visit my sister in Sydney, Australia. I spent some time surfing and admiring kangaroos, however I spent even more time in their transit system.

The New South Wales (NSW) transit system is made up of a series of trains, buses, and ferries that all take a card called the Opal card as payment. You can pick up one of these cards for free and load it with money.

My first experience riding on the transit system was from the Sydney airport. Armed with a screenshot I had taken of the Google Maps directions to my sister’s house I got off at the correct train station.

All the stops were announced, things were clearly labelled, it was good.

From here it got a little tricky.

I needed to transfer to a bus. After asking four people for directions and finally discovering a map of the bus stands, I found the bus stand I was looking for. It was nowhere near all the other bus stands and two streets away from the train station. It didn’t even have a shelter like the other stops, just a post.

At this point, I had just spent the last 20 minutes wandering around downtown Sydney dragging my luggage in 30 C (86 F) heat wearing my Toronto winter clothes. That and I’d just got off a 24-hour flight.

But, the bus showed up and I tapped my card to get on, eager to get out of the sun. As we pulled away from the stand, I noticed that unlike in Toronto, this bus did not announce stops.

As I had never been here before, I had no idea when I should press the stop request button. I went up to the front of the bus and asked the driver to stop at the stop recommended by Google. He told me alright and I settled back into my seat.

I brought back up the screenshots I had taken of the Google Maps directions and flipped to look at the walking directions once I got off the bus. I studied them for a bit then looked back out the window.

Wait. We were currently on a street with the exact same name as where my walking directions started.

I looked back down at my directions. Were there two streets with the same name? I checked out the nearest intersection to the beginning of my walking path. Prince Charles Rd.

I spent the next five minutes scanning street signs until I saw it: Prince Charles Rd. This must have been the stop I wanted!

I briefly glanced at the driver but he was making no indications of slowing so I hit the stop request button. The bus came to a screeching stop and I lumbered to the front, luggage in tow.

On my way out, I casually asked the driver if this was the stop I was looking for. He unapologetically told me it was.

A couple of days later, my sister and I decided to go to the zoo. To get there, we first needed to head downtown and then take a ferry across the harbor.

The ferry was the most straightforward experience I had.

There was a main board listing which ferry was coming to which dock and all the docks were located next to each other in sequential order. The ferry we were looking for was called Taronga Zoo (well named) and we located the dock number easily.

The ferry arrived and we climbed on. The zoo was the only stop, so when the ferry stopped we got off. No problems.

However, as I tapped my Opal card when we crossed through the gates I got a warning that my balance was low.

I saw a card top up machine by the dock and figured I could just refill it after we left the zoo.

Exhausted from our zoo excursion we returned to the ferry dock and I headed to the machine to top up my card.

There was someone in front of me so I waited for them to go. They used the machine and then left to get on the waiting ferry.

I walked up to the machine and tapped my card against the reader, selected the amount I wanted to top up, inserted my credit card, entered my PIN, read approved, and left.

I walked toward the gates with my sister and taped my card for entry.

Rejected. It seemed like my card hadn’t been reloaded with money at all.

Confused, I returned to the machine and tried again. Again, it said that my card had been accepted.

Except when I headed back to the gate it didn’t work. We hailed over some ferry workers and they said they didn’t know why it wasn’t working. The only suggestion I got was that my foreign credit card maybe wasn’t accepted.

I thought that was unlikely, as the card had been accepted by the teller when I got the Opal card at the airport. I reasoned that maybe the machine was broken.

The ferry workers told me to just get on the ferry without paying.

It was a tense ride back to the mainland with my only excuse for my crime being ‘the ferry workers told me to do it’.

Once we had made it back to shore and I was safely away from all transit authorities, I saw another machine. I decided to try that one. As I approached this machine, I noticed that this one was different. There was a small white piece of paper taped to it. It read: ‘Please tap your Opal card again after making a payment’.

The fact that this sign was taped on as an afterthought was a clear indication that I was not the only one to have this problem. In fact, the person in front of me who used the machine at the zoo didn’t tap their card a second time either!

I went through the refill process again, only this time tapping my card against the reader after making a payment. This time it worked. 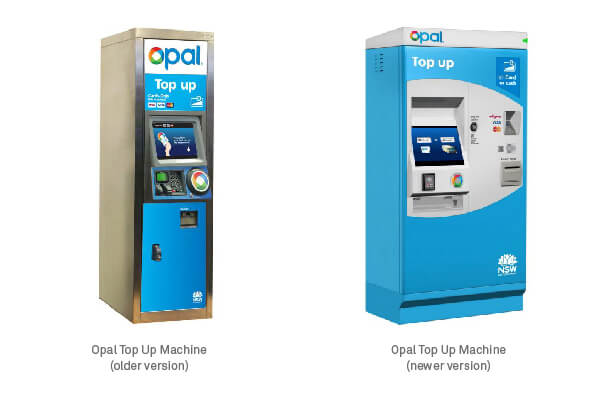 Pictured above are two types of top up machines in NSW. The first (on the left) is the one I used. The left side is where you insert your credit card and type in your PIN and the coloured circle on the right side is where you tap your Opal card.

This second one (on the right) is a more recent version of the machine. Not only does this new one allow for cash payment, but you’ll also notice that instead of just a simple tap area, there is now a plastic container to place your card while you are completing the transaction.

Instead of asking you to tap twice, this machine just asks you to leave the card there during the transaction.

This eliminates the problem of users having to remember to tap their card again after the purchase has been completed. This machine reminded me of the PRESTO card reloading machines in Toronto. They also have the plastic card holder. Now I know why.

By the time I left Australia my transit skills had advanced to the level that I could help local Australians with directions. Train directions at least. The buses and I never quite came to terms with each other.

What NSW Transit does well:

What NSW Transit could improve:

Have you ever had to figure out a transit system in a new city? How easy was it to learn?

And finally, an obligatory kangaroo photo… 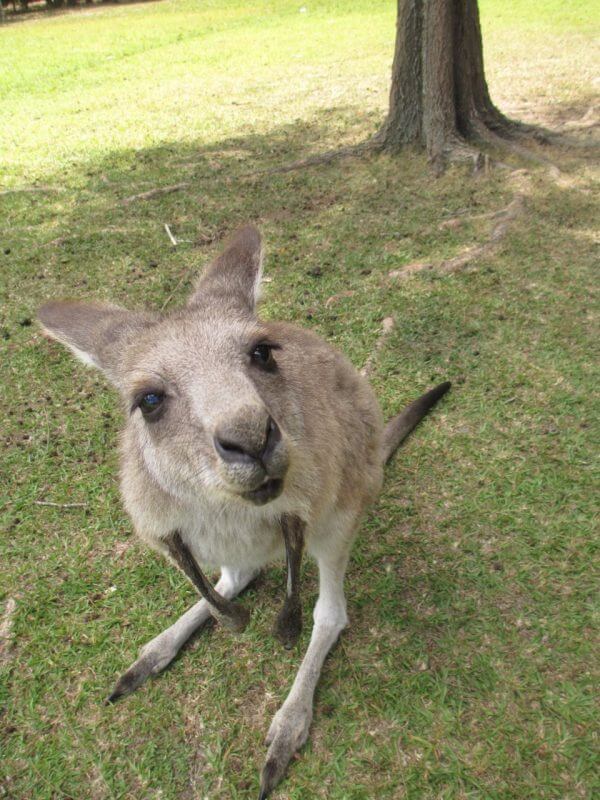