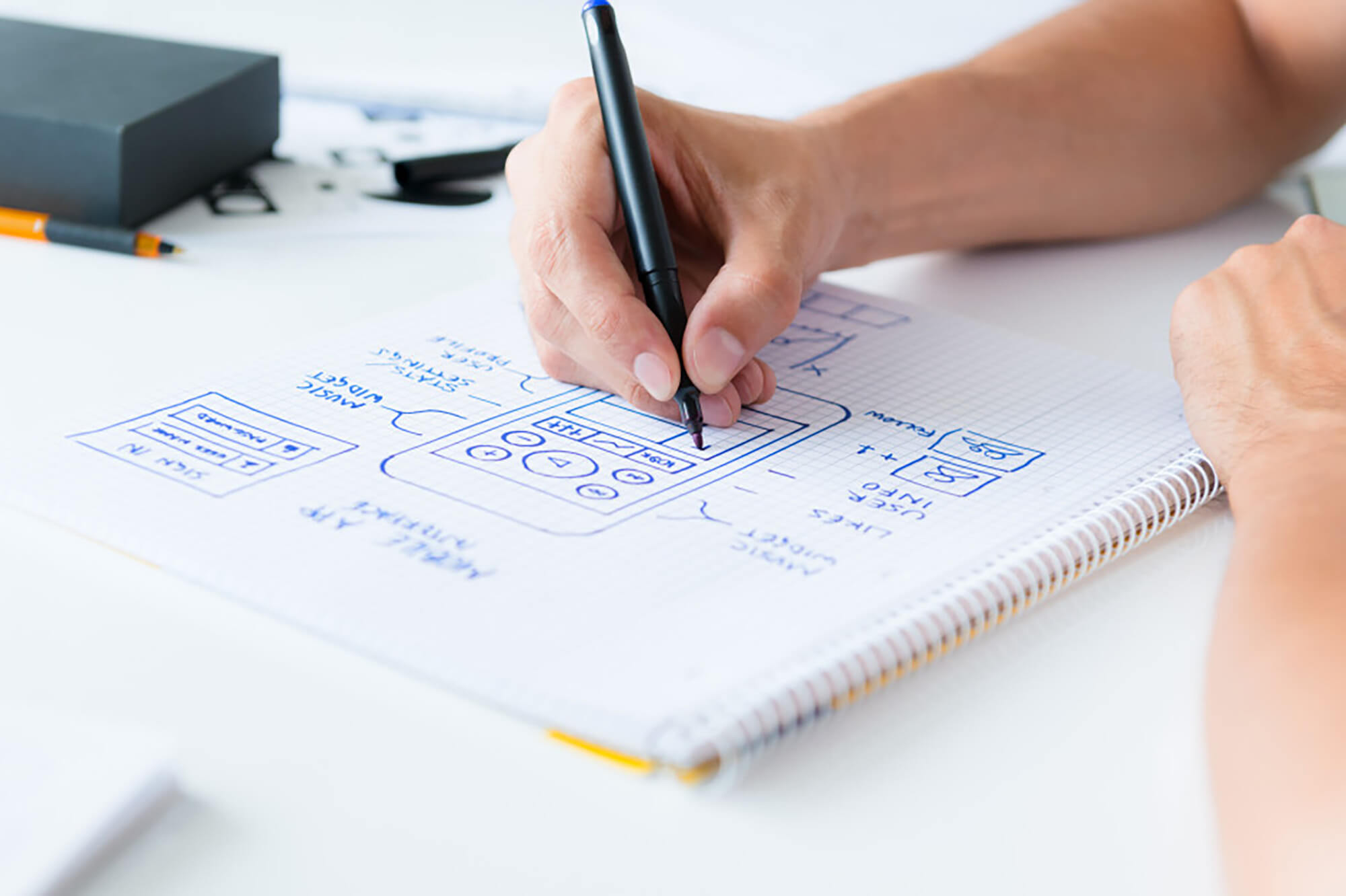 Paper vs. High Fidelity Prototyping Tools When it Comes to Concept Testing

I fondly remember the days of sketching concepts on paper with a pencil and going to users to solicit feedback.  There was a certain joy to working out design problems with pencil in hand… scribbling, sketching, and creating.

More and more this type of activity seems to be a thing of the past.  Interaction designers today seem almost embarrassed to show anything but the most polished and well thought out designs.   There seems to be a reluctance or willful ignorance on the part of clients to acknowledge rough ideas as part of the interaction design process.

In our consulting practice we get more and more requests for “clickable” wireframes.  I have to ask if making wireframes navigable increases their usefulness as a concept testing tool?

There are many articles out there pointing out the risks of rushing to high fidelity prototypes.  They claim they are distracting, and that it focuses a designer on a single solution too early in the process.  I believe there is merit to these arguments.

Despite these warnings however, tools abound which lure designers into the trap of developing concepts in high fidelity, which I find encourages a premature rush to a solidified design without properly testing the concept.

Let’s be clear about concept testing.  The term does not refer to a specific testing methodology, but rather to the type of stimulus material used in walkthroughs.  Because the focus is on the stimulus material and the rapid refinement and iteration thereof, perhaps there is the misconception that this stimulus material has to be pretty, or well thought out.  This is false.  Concept testing by definition is the stage at which you solidify the design based on feedback.

Is dragging and dropping design patterns from a set really designing, or is it merely assembling pieces of a puzzle?  It is just as quick or quicker to design a concept with a high fidelity tool as it is to sketch it on paper.  There are a several good arguments for doing so.  You can save, share, cut, copy, paste and undo… among other things with a prototyping tool.

The problem begins when a reliance on cut, copy, paste, save, print etc.  begins to breed a reluctance to throw out bad ideas and start over from scratch. The whole idea of concept testing is to learn what will work and what won’t work before investing serious time or effort.  And while it might be quick to create an initial prototype, often too much time is expended tweaking, finessing details, rather than focusing on the concept as a whole, or throwing out a bad concept.

Clickable wireframes can quickly become a waste of time if we start spending more time worrying about getting the interaction to work, and less time thinking about whether the concept is sound.  It is human nature to want to protect things that we put work into.  They are after all, our creations.  It therefore stands to reason that the less work we put into a wireframe, the more willing we would be to part with it and start over.

With clickable wireframes it is impossible to measure performance; we might have the illusion of something that performs well or poorly, but that has no bearing on how the design will perform later on in the design cycle.  I contend that allowing users to click through a workflow can erroneously focus their thinking on the navigation, causing them to ignore more fundamental issues of effectiveness.

For the purposes of concept testing, it is easy to get distracted trying to get the navigation right, and the widgets to work when using prototyping tools, therefore spending less time on designing the optimal solution for interaction.

I certainly don’t want to sound like I’m calling for interaction designers to abandon prototyping tools. On the contrary.  I use them, I love them, and consider them extremely valuable.  But as an interaction designer, when you’re at the stage of testing fundamental concepts, I believe that paper and pencil still has a big role to play in concept testing.