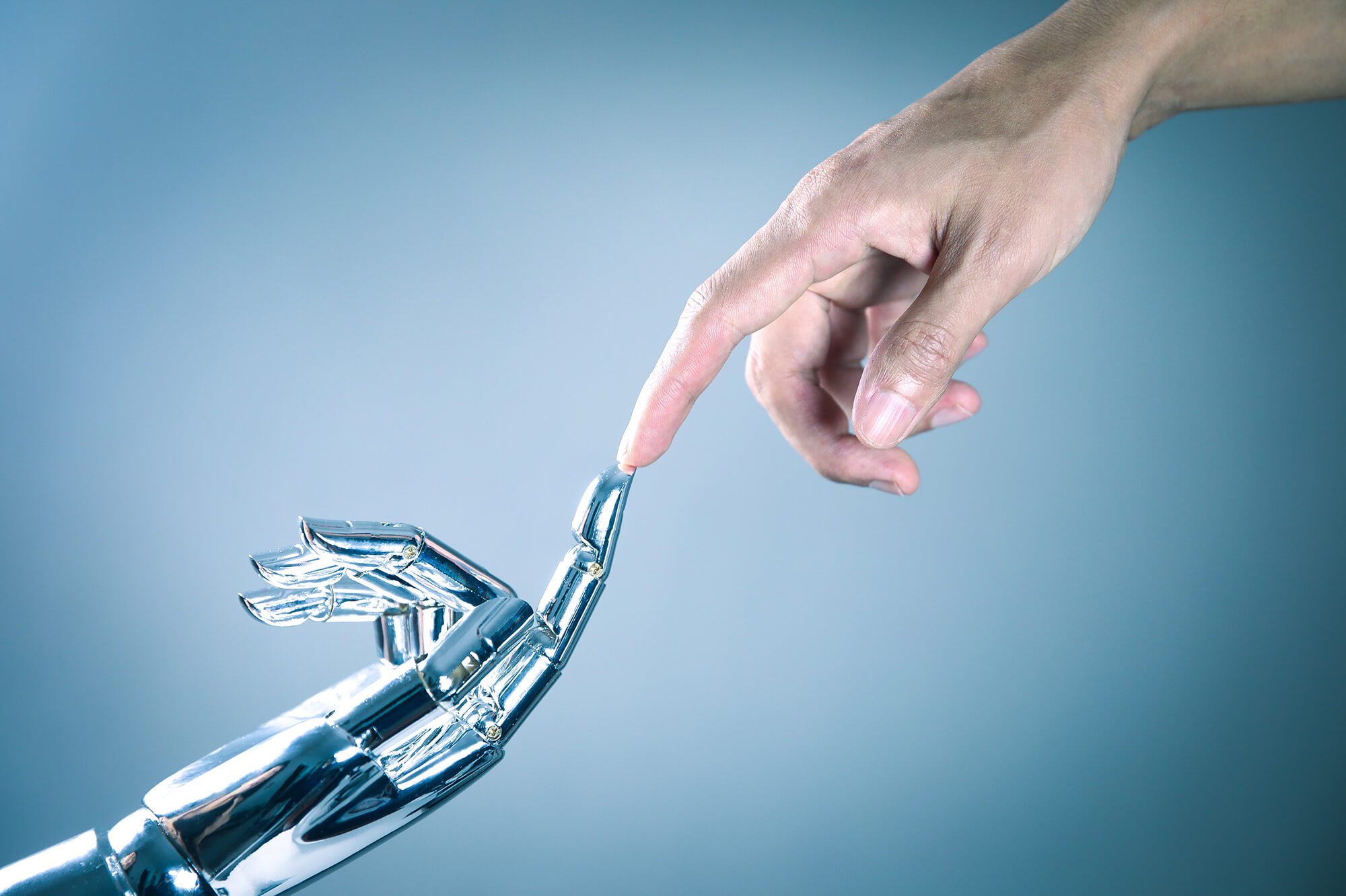 Everything I know about UX I learned from The Terminator

Yup, that’s right those murderous robots of cinematic lore. The terminator movies teach us some valuable lessons about technology that we’d be well advised to take to heart. Well the first, second and fourth movies do. The third one represents time in my life that I will never ever get back. I said it. What?

My day job often requires me to examine technology in a specific context and design or adapt it to ensure that it meets the needs of specific users for the tasks that they’re trying to accomplish. While this may seem like a daunting task in today’s world of ever-evolving techno-wizardry, I have nothing to fear. The Terminator movies have taught me all I’ll ever need to know about technology. Skynet, the T-1000, John Connor and company are an infinite font of wisdom that can guide us in times of darkness and confusion.

Technology isn’t Inherently Evil, but if Given the Chance it will Enslave us.

I remember a time without Facebook, without Google, without email, smartphones or even the Internet. My night job is lecturing at a local university and one day as I gazed out over the faces of my third year undergraduate class; it struck me that they do not in fact know a world without the luxury of tweeting, poking, ‘googling’ or emailing. They have never existed in a world without the Internet and all the wonders that it entails. Digital information is as ubiquitous to them as air and the thought of existing without it is foreign and frightening. The problem here isn’t with technology, it’s with the belief among young people that it is infallible, and utterly trustworthy. Failure to grasp the ramifications of the increasing digitization of our world will mean that we will blithely store our information in the Cloud, send our most personal communications through the ether and entrust our precious memories to triple redundantly backed up server farms.

Issues like privacy, security and data integrity are real, we must address them in order to avoid being overrun by them. Consider the human factors impact of the dozens of passwords that we now have to remember to function in today’s digital world. We simply weren’t designed to remember dozens of passwords (some of them randomly generated) AND which ones go where.

Luckily, there are people much smarter than I am who are trying to solve this problem. Among those trying to save us from the machines is Dr. Robert Biddle from Carleton University in Ottawa who is doing research focused on the usable security of passwords. Imagine that, computer security that works the way that we were designed. Others have also made attempts to solve this problem, for example Android phones use facial recognition or patterns instead of typed passwords or PINs. This is based on evidence that for humans, our special memory is much more powerful and easier to access than rote memory. Score one for the humans. 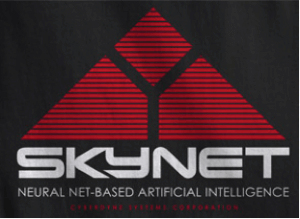 Google glass, augmented reality, smart phones, smart cars, smart houses… the promise of a life free from worry. Do you remember what happened to your math skills when you started using a calculator? Have you observed what is happening to our spelling and grammar skills now that spellcheck is built into everything from our phones to our TVs? Do you see what’s happening to our sense of direction now what everything is GPS enabled? Volvo is trialing a car in Europe that drives itself, and Google’s Robot Priuses can be seen roaming the streets of Mountain View… the advance scouting party for the impending robot apocalypse? Maybe not quite yet, but I can see a world where our driving skills go the way of our adding and spelling skills… and the dodo.

There are advances in technology that happen simply because we can. We don’t necessarily think of the consequences or whether we should. I am for example thoroughly impressed by the Tesla Model S sedan. It’s a stylish all-electric car that does 0-100 in 4.6 seconds without killing the environment. What’s not to like? Oh wait, there’s that infotainment system… The tesla takes advantage of capacitive touch technology for it’s infotainment system. The system offers a touch screen roughly twice the size of an ipad screen in the center between the driver and the passenger. It controls everything from the sunroof and the music to the air conditioning and GPS. It even has apps. When I was playing around with one I noticed two things. The sunroof controls were present in the system even though the model I was in didn’t have a sun roof. That would be analogous to having a pages in your web site that were labeled and laid out in the information architecture but had no content. Effectively increasing the cognitive load for the user for no good reason. The system is powerful, beautiful and slick but one thing that old school car controls have over the touch screen is… tactile feedback. Most of us know where the volume knob is on our car stereo (knobs are even better than buttons of this) we can tell what it is by location, size, shape and even texture. None of this is possible with a smooth, flat touchscreen. The driver must then take his or her eyes off the road and look at the screen to make sure that the right control is being used. Cool, shiney and dangerous… just like the T-1000. 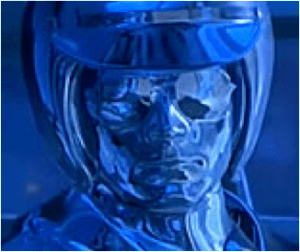 Nothing Good can Come From Traveling Back in Time.

Ask John Connor, ask Mr. Spock, ask anyone! Although I rail against the possible damage that may come from an over dependency on technology I am certainly not suggesting that we were better off in a yesteryear when we had to dial phones manually and the only thing we could do with them was talk. The popularity of nostalgia in technology is undeniable, everything from the Dodge Charger to those neat digital watches that have screens that present analogue hands and numbers. Nostalgia causes us to think about a simpler time, when technology was uncomplicated, safe and trusted. Instead of reverting back to a previous era we should look at how we use technology. Look at how we can use it to make people’s lives better. If we understand and follow the principles of user-centered design, we will produce technology that is not only useful and usable but exquisite and enjoyable. We will produce technology that doesn’t make us dumb or mislead us, but technology that fits a need in a way that makes sense.

Pandering to nostalgia in our designs may be cute, but it can stifle innovation. There is a very long list of technology that exists not because it’s the most efficient, not because it’s the most effective but because somewhere along the way we got used to it. As I type these words I’m doing so on what is commonly known as a QWERTY keyboard. Perhaps the best example of how we continue to go back in time with technology. This keyboard design was created for the Sholes and Glidden typerwriter in the 1870s and the purpose of the design was to avoid tangling up the arms that the typewriter letters were mounted on. It is by no means the most efficient way of typing. There are well documented alternatives such as Dvorak and Chubon that are much more efficient and technological advances such as gesture recognition (i.e. Swipe and Graffiti). 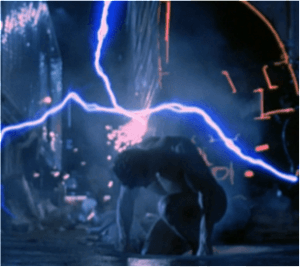 The Terminator movies have taught me some great life lessons about UX. Advances in technology are good for us as a whole, but in order to avoid the rise of the machines lets try to remember that we’re designing for people. If we understand the people we’re designing for, we can design things that suite needs and delight users.

Join me next time when I discuss how everything I know about interaction design I learned from the Twilight Saga.—

[…] Miss These Posts: Everything I Know About UX I Learned from the Terminator } The Art and Science of Information […]